This month, in honor of Black History Month, we wanted to highlight the careers of three of Florida’s Tax Collectors who have the distinction of being the first African American state-constitution Tax Collectors in the state of Florida.  All three of these fine public servants were elected in 2000 and have served with distinction in their respective communities and in the Florida Tax Collectors Association.

Lois H. Hunter, Tax Collector in and for the Jefferson county political subdivision

The Honorable Lois H. Hunter is a lifelong resident of Jefferson County and prior to being elected as Tax Collector, she worked as a clerk in the Tax Collector’s Office for 16 years.

Ms. Hunter said that being elected Tax Collector back in 2000 “was a dream come true” and that it is a “privilege and honor to serve the citizens of the Jefferson county political subdivision.”

Ms. Hunter was elected to the Office of Tax Collector in 2000 and made history as the first African-American to serve in this position in the Jefferson county political subdivision.  The Honorable Lois H. Hunter is currently serving her 4th term as Tax Collector and continues to make improvements in office operations, efficiency and customer service in her leadership role.

Lois H. Hunter received her Certified Florida Collector designation (C.F.C.) from the Florida Department of Revenue in 2001.  She is actively involved in the Florida Tax Collectors Association (FTCA) and currently serves as a District Director on the Board of Directors for FTCA.

Ms. Hunter is active in her community, supports many local initiatives and has received many awards for her impact as a community leader.

Shirley Jenkins, Tax Collector in and for the Gulf county political subdivision 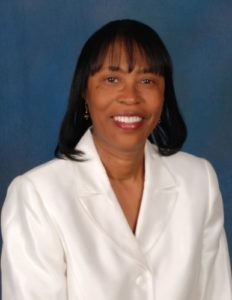 The Honorable Shirley Jenkins currently serves as Tax Collector for the Gulf County political subdivision.  She is the first African American serving in this elected position in Gulf County.  Mrs. Jenkins began her employment with the Gulf County Tax Collector’s office in 1985. Although she never considered herself to be a politician, she chose to run for the position of Tax Collector in 2000 and was honored, grateful and humbled that the citizens in the Gulf county political subdivision have the confidence in her to serve in this position.  She has been re-elected without opposition since 2001.

Shirley Jenkins would like for women of today to know that she is guided in her career as a politician by the hand of our Lord Jesus Christ.   This is what keeps her grounded and guides her way as a politician who serves her community with honesty and integrity.

Her career does not stop with her position as Tax Collector.  Mrs. Jenkins serves as Pastor of New Life Christian Center Church located in Port St. Joe, Florida where she pastors along with her husband, Apostle Johnny Jenkins, Jr.  She is an advisor of several outreach programs targeting women and the community.  New Life Christian Center is committed to the fulfillment of the will of God and the practice of Christian life in Port St. Joe, Gulf County and the world.

The Honorable Shirley Jenkins hopes to enlighten women on her career and also provide guidance in the endeavors of all women of this generation.  Her philosophy is “I can do all things through Christ who strengthens me.”

Doris Maloy, Tax Collector in and for the Leon county political subdivision 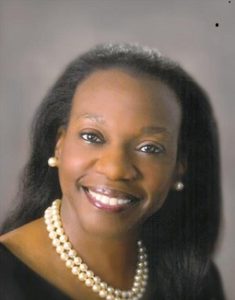 Ms. Maloy obtained her Bachelor of Science in Business Administration from Florida Agricultural and Mechanical University and her Master of Business Administration from Florida State University.  She was elected to the Office of Tax Collector in 2000 and made history as the first woman and first African-American to serve in this position in Leon County.  Hon. Doris Maloy said, “Being the first comes with a tremendous amount of responsibility and that always has been paramount in the way that I work with staff and others in a leadership capacity.  My career in state government began in 1976 and for a long time I was either the only female or the only African American in my area, so when elected, I really didn’t think about being a ‘first’ until many comments were made about making history in Leon County and even the state of Florida.  As the first female and the first African American to serve as tax collector in Leon County, two words come to mind – humbled and blessed.  Thus, I sincerely thank the citizens of Leon County for having confidence in my ability to serve them.”  Ms. Maloy has brought true leadership to the Office of Tax Collector and has and continues to make significant improvements in office operations, innovation and customer service.

Ms. Maloy served as President of FTCA during the 2012-2013 term and continues to play an active role within FTCA.  She also serves as a Florida representative for the National Association of County Collectors, Treasurers, and Finance Officers.  Ms. Maloy has been recognized as a leader throughout the community and has received several awards and recognitions for her efforts, to include: